Not only did Covid-19 literally halt travel plans and make the world pause (Katie recently read an article that referred to this time as The Great Pause, and it is a perfect description), but we had another major issue happen. On March 21, 2020 we were driving just East of Gallup, New Mexico on I-40 (also known as Route 66) on our way to meet friends and prospective full-timers for a week of fun in Albuquerque, when it happened. But oops, we got ahead of ourselves. Let’s start from the beginning…

After leaving the Grand Canyon, where we had terrible internet and therefore lived in a bubble and did not realize the extent of what was happening with Covid-19. In fact, there were stores in the Grand Canyon flush with toilet paper and hand sanitizer, but we didn’t purchase any, because we didn’t need it and didn’t realize it was a hot commodity. We drove to Flagstaff for the night and when we went grocery shopping, we realized the toilet paper situation was legit. Lucky for us we had 4-5 rolls to tide us over. This is also when we made changes to our itinerary and decided to hunker down at a private RV park in Albuquerque until the end of April.

We then drove to Winslow Arizona (cue The Eagles song being stuck in your head) and spent three wonderful days at Homolovi State Park. Basically, the park is there to protect some amazing Native American settlement ruins. Not only did Katie get to enjoy taking in the ruins, her and the kids got to be amateur archaeologists looking for pottery shards. Katie literally fulfilled a dream. The area had incredibly fast internet (so Doug was happy), no toilet paper or hand sanitizer, free showers, a fabulous restaurant called The Turquoise Room (seriously check it out!), and a neat little coffee shop. Here are some picture highlights. 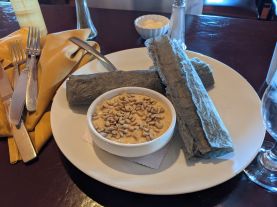 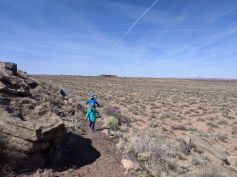 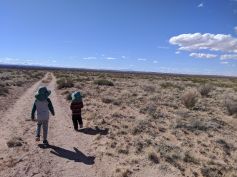 After leaving Homolovi State Park, we spent two nights at the South end of Petrified Forest National Park. The location of our parking spot was super close to the park entrance, but the reality of Covid-19 was setting in. Social distancing became a mainstream phrase and we felt weird being in the visitor center trying to complete the kids’ junior ranger books. Plus, it was windy as all get out, so it wasn’t the best experience. We did enjoy looking at the petrified wood though. 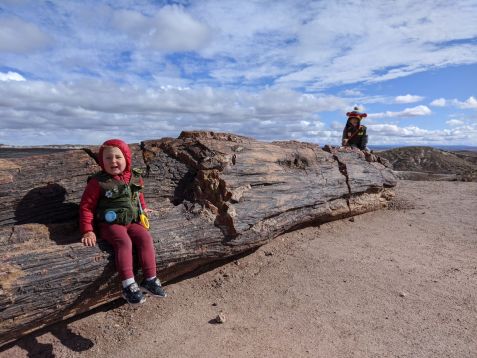 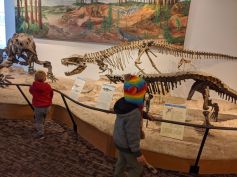 This is where things start to go wonky.

The next night we had planned to stop for the night at the first rest stop in New Mexico and then drive the next day to Albuquerque. But the rest area was closed, so we drove on to the closest town, Gallup. We decided we could handle one night in the Walmart parking lot and we did. We arrived around 4pm and by 10pm there were probably 15-20 RVs in the parking lot and several big rigs too. We even decided to see if Walmart had toilet paper. They didn’t.

We woke up on March 21st and did our regular morning routine. We had a relaxing morning and hit the road around 10:45am. We were just about to have the kids settle in for their car nap around 11:40am, also known as Doug and Katie quiet car time, when it happened.

There was a giant pot hole. There was no way to avoid it. So Katie hit it and lost control of the trailer. It was fishtailing something awful. At one point the Armada began to flip over. Doug and Katie both saw the ground out the passenger window, but for whatever reason it didn’t flip and in what felt like a solid couple minutes (but must have been seconds), we were upright, in a ditch, on the side of the road. No one was hurt (not even a bruise). 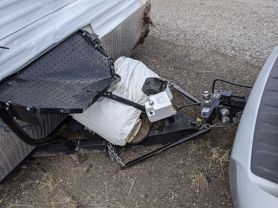 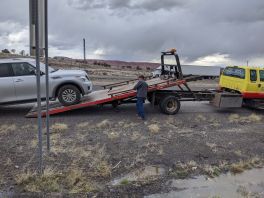 After literally 4 hours on the side of the road in the cold without any food, the police finished their job, the tow truck finally arrived, and we all hitched a ride to the towing company’s office. They didn’t see any major damage, so they jump started the Armada and we drove back into Gallup and found a hotel to stay in. Our trailer was totaled and our Armada was functional, but we didn’t have to worry about toilet paper for about two weeks while we lived in hotel rooms.

We stayed in Gallup for a few days while we sorted out the salvageable contents of our destroyed trailer. It is here, while on a hike, that we saw the TARDIS and decided The Doctor is here to save us humans from ourselves. The boys also went swimming in the hot tub, and the boys got dinosaurs and duplos to play with in the hotel. 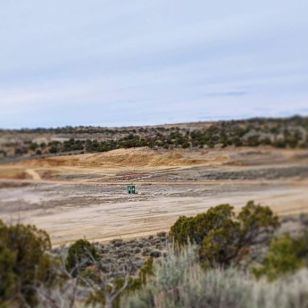 We then towed a tiny Uhaul trailer with our belongings from Gallup New Mexico to Prescott Arizona. Why Prescott you ask? Well, we found our new home using the power of the internet. We arrived in Prescott, very quickly toured the trailer, signed the paperwork, and then drove to the wonderful historic Hassayampa Inn! We lived here for five nights and thoroughly recommend it to anyone traveling through the area. We didn’t take many photos, but their restaurant is top notch and the staff are incredibly friendly.

We are still in Prescott and actually really like the area. We have a beautiful spot at a private RV park and the people here have been incredibly friendly and helpful. There are many hiking trails within walking distance of our campground, and a Trader Joes, Target, and Dutch Bros within a ten minute drive. Basically, our lives returned back to a state of normalcy once we moved into our trailer. Well, except we mostly stay home and explore trails within walking distance. Katie and the kids do miss their morning exploring adventures of all the things. We’ve been in Prescott for almost three weeks and we haven’t seen or experienced much of it. Here are a billion shots of the trails and area surrounding our campground. These are Watson Lake, Willow Lake, and the Dells. 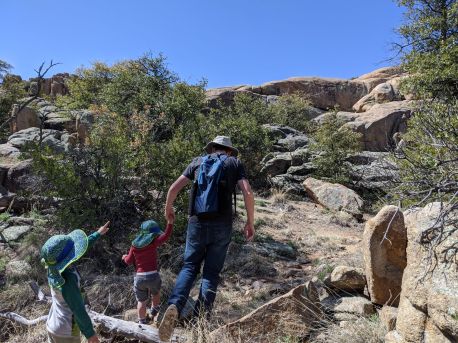 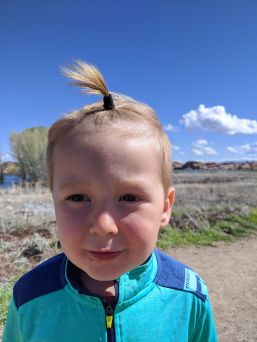 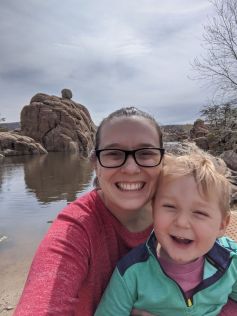 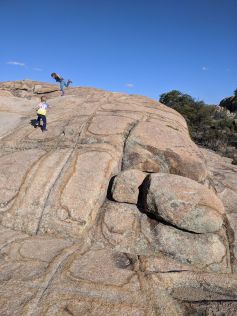 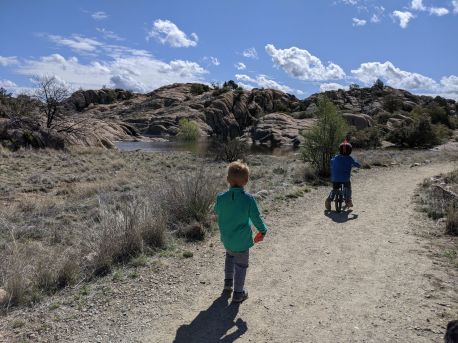 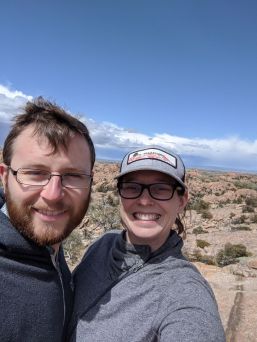 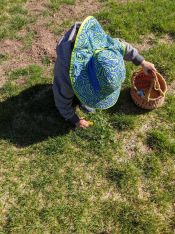 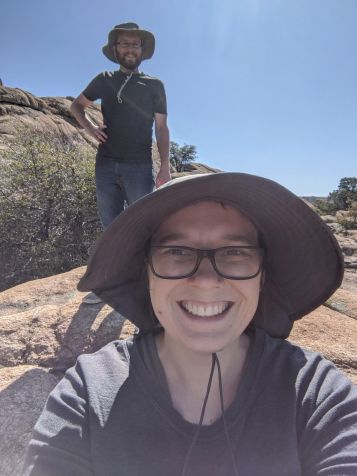 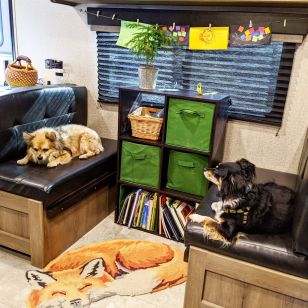 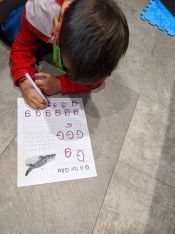 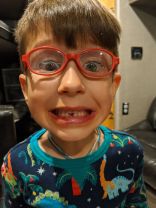 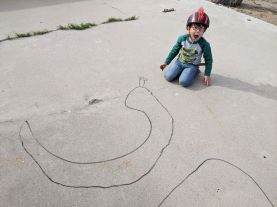 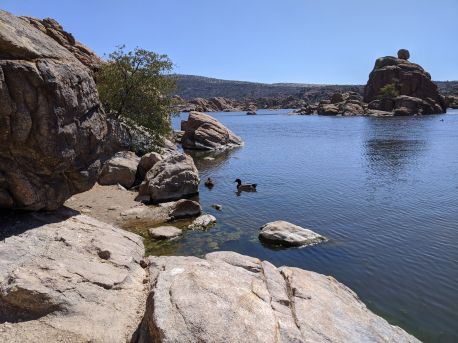 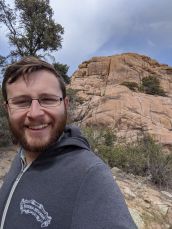 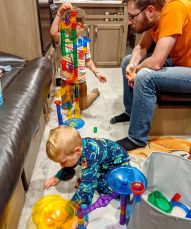 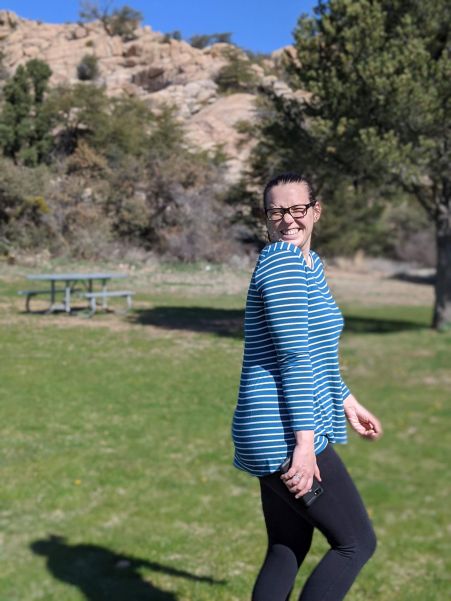 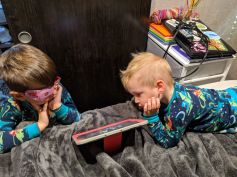 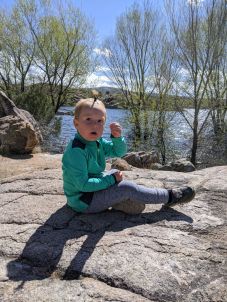 Our 5-year-old lost his first tooth! Katie is experimenting with no yeast and beer bread (cause yeast is also a hot commodity because of Covid-19), Katie has had a surge in creative energy, the Armada was totaled out by insurance, we now own a giant 3/4 ton truck, and Doug and the 5-year-old have thoroughly enjoyed insect and lizard hunting. 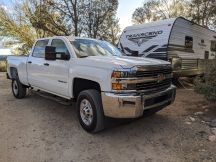 We had planned to hunker down until the end of April, but because of Covid-19 and our entire May reservations being cancelled and no hope of us catching up to our June ones, we decided to rethink everything.

So we are headed back to our hometown! We will hunker down there until the end of May and then, if the US opens back up to travel, we will head East to Pennsylvania and catch up to our August reservations and plans! So fingers crossed everyone!

Look for our next post in a couple weeks about our return trip to Northern California!