Guess what?! By the end of July, we finally fixed our water issue (well, we hope…) and managed to boondock (camp with no trailer hookups) for five days and not run out of water or fill up our grey (drain water) and black (toilet waste) tanks. Next week we will be boondocking for six days, so hopefully we can stretch it that far as well…

ANYWAY, Mt. Shasta is super close to home and yet was something we had not really explored before. Plus, Doug has a work conference in Sacramento in mid-August, so we can’t stray too far from home yet.

So back to Mt. Shasta… It is beautiful! We stayed in McCloud, CA to be in close proximity to waterfalls and decent internet. Unfortunately for us, we accidentally left the Lava Beds a day early and arrived at Fowlers Campground to our site being occupied. A little email digging and sure enough we were in the wrong. Oops!

It was a Saturday afternoon and pretty much everything was very full. We got lucky that the expensive, full hookups, super packed RV Park up the road had a vacant spot. Turns out a former co-worker of Doug’s was there too. Our children made fast friends with their child and they played in the freezing stream together. Also, our next door neighbors for the night offered Doug two gallon zip locks of cooked ribs and another gallon zip lock of some sort of cooked over the barbecue meat stew. Doug ate like a king for several days and was happy.

Here is are some shots of the kids and the stream: 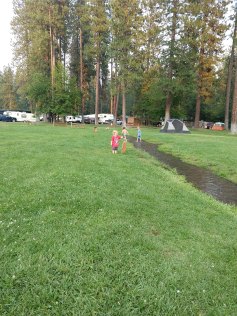 Katie loves waterfalls, so she and the kids spent the week exploring several of the ones nearby. Fowlers campground was literally ¼ mile or less from Lower McCloud falls and Middle McCloud falls was about a ¾ mile hike away. The whole family, pups included, ventured to these two waterfalls. Doug’s mom also joined Katie and the kids for a hike to Mossbrae Falls in Dunsmuir. There are no words to describe this waterfall. It is absolutely gorgeous and totally worth the one mile trek with two complaining children walking at the pace of a two year old and the little tumble Katie took onto the jagged rocks. At least Mal slept in the carrier on the hike back to the car, even though Ro complained loudly the entire time. Lucky for Katie, Gigi was there to help and encourage the four year old to power through. 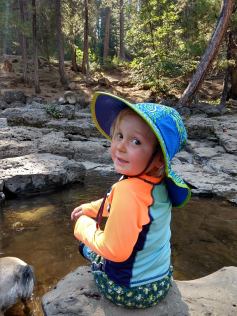 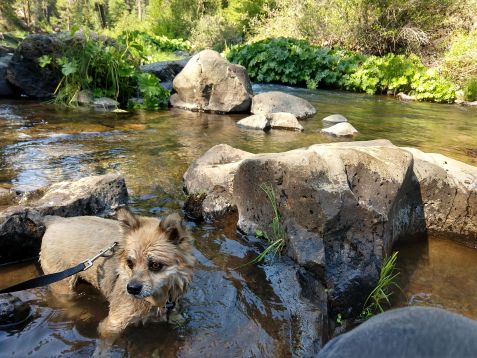 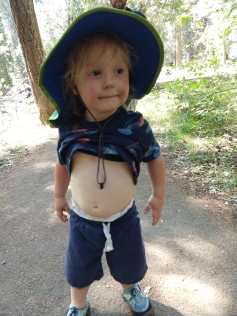 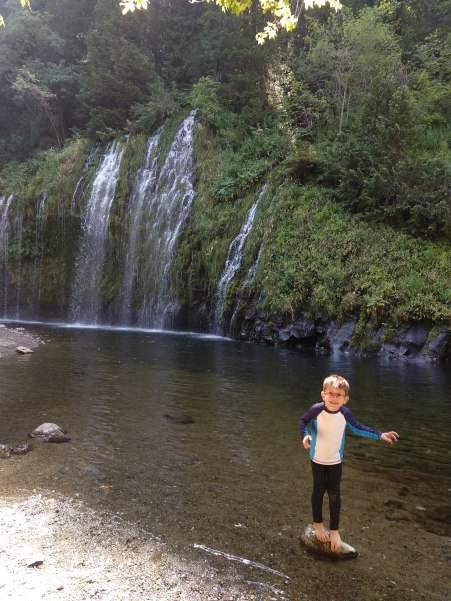 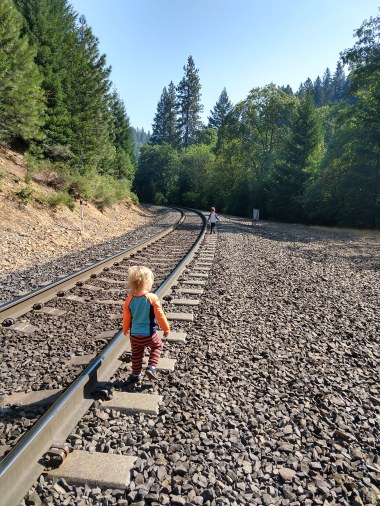 Katie also explored with the boys and visited McCloud Lake, which is nothing to write home about, and Upper McCloud falls, which is another very awesome waterfall. They also discovered that Mt. Shasta is home to the headwaters of the Sacramento River and that the Rite Aid sells hangers. We are apparently lost without access to a Target.

The headwaters and the playground and walking path nearby: 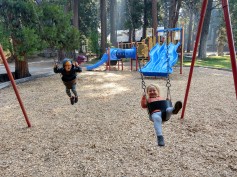 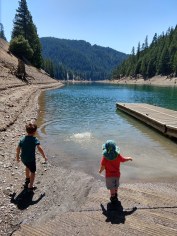 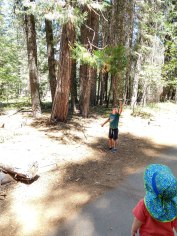 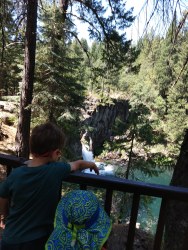 But the majority of the time Katie and the kiddos explored the Mt. Shasta Sisson Museum in Mt. Shasta CA. There is an entry fee of a suggested $1 donation and the museum is seriously awesome and so hands on. It is a history museum, so there was information on the Native American cultures, frontier life, volcanoes and caves, trains, and fire. Lots to learn and a ton to do. There is something for everyone, so if you are ever in the area, we highly recommend stopping by for a visit. Did we mention there is a fish hatchery next door and while not the highlight of the trip for Katie, Doug and the boys certainly enjoyed feeding and watching the fish.

A few shots of the 4-6 hours we spent at the museum and fish hatchery this week: 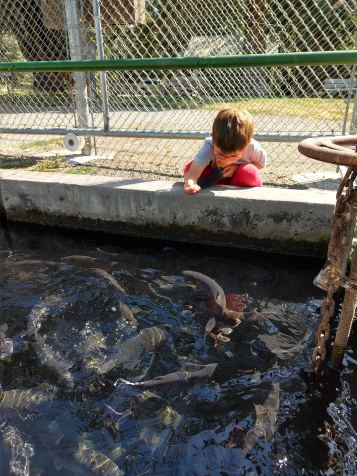 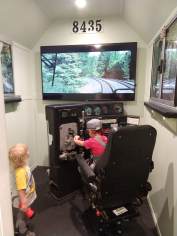 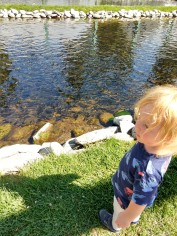 And here are some random shots of our week in McCloud: 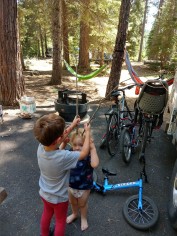 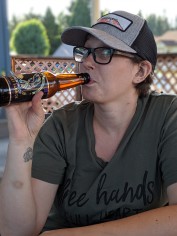 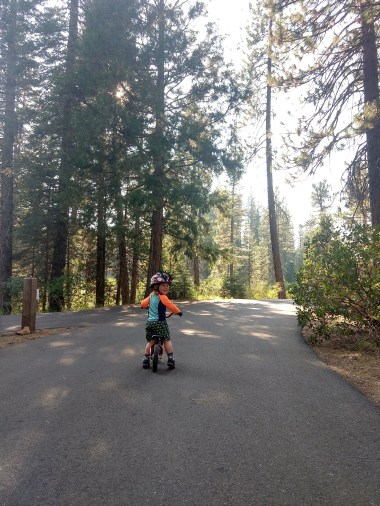 Other important things to note: